As a debt relief attorney, I am often asked what to do if sued for Citibank for credit card debt or a loan in California. If a lawsuit has been filed against you, then you need to take immediate action so that a default judgement is not entered against you. A default judgement is a binding judgement in favor of Citibank. Although being served with a lawsuit can be scary, there is a way out. What I most recommend to my California clients is a Citibank credit card debt settlement to save money and get out of their debt lawsuit. 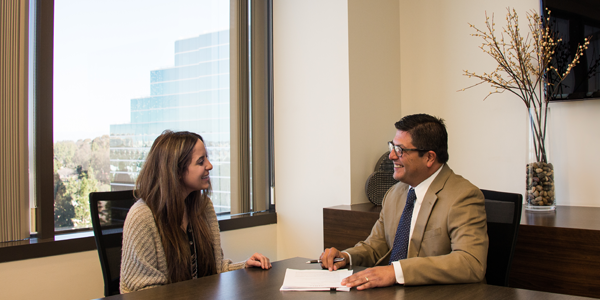 Follow these steps if you’re being sued by Citibank for credit card debt.

For instance, a consumer owed Citibank over $17,000 on a personal loan from 2008. The original loan totaled $7,997. However, the interest rate varied from between 18% to 28% during the course of his repayment on this loan. After he retired, he went on Social Security and became unable to make the payments on his loan. Citibank ended up selling his loan account to Cavalry Portfolio to collect the debt. Cavalry Portfolio then hired the Winn Law Group to attempt to collect on the loan. When Winn Law Group couldn’t collect, Cavalry Portfolio sued him for over $18,369.50, the balance due with accrued interest, and obtained a judgment against him. This 80-year old gentleman could not afford to pay this since he’s on a fixed income, so he reached out to a debt settlement law firm for lawsuit defense. A third-party was willing to help him get out of this debt with a small loan of $5,000. The attorney negotiated a Citibank credit card debt settlement with the Winn Law Group and Cavalry Portfolio to settle this account for $5,000. The client saved a total of $13,369.52!  And he no longer has to be worried about the Winn Law Group coming after him to collect on this judgment.

Sued By Citibank For Credit Card Debt? Here’s What To Do

As an example, a consumer owed Citibank $14,083.05. She could not make the payments and the account went into default. Citibank farmed out the account to Northland Group for debt collection. Northland Group agreed to settle the Citibank debt lawsuit for $2,850, payable over a 3-month period at $950 each month. The consumer only had to pay back 20% of her loan, savings $11,233.05!

When sued for credit card debt, you’ll want a debt attorney to file a proper response in your Citibank lawsuit defense so that a default judgement isn’t entered against you.  If a default judgement is entered against you, then you lose the case without a fighting chance. A couple of things you can do on your own before speaking with an attorney include contacting the law firm suing you and asking for “proof of debt” and find out if the lawsuit complies with the Statute of Limitations. If the plaintiff violates the Fair Debt Collection Practices Act or the California Rosenthal Act, then you could file a counterclaim or a separate lawsuit.

To settle a Citibank lawsuit, hiring a debt lawsuit defense attorney is usually your best bet in saving money and getting the lawsuit over with. The Debt Settlement Lawyer offers a free consultation, in person or over the phone, to go over your situation and find the best option to settle your Citibank credit card debt. Our number is 844-729-4866. We help people all over the state of California to solve their debt problems and save money.

If you are unable to pay your Citibank credit card debt they act rather quickly.  Oftentimes Citibank sells delinquent accounts to Midland Funding when they cannot get the debtor into a repayment agreement for the full amount due. Midland has sued individuals and obtained judgments for various amount, including  a debt of $14,500 we are familiar with. Citibank ended up getting a judgment for that amount.  After retaining a debt settlement lawyer, they were able to negotiate a Citibank credit card debt settlement.  The lawyer explained to Midland funding the extreme hardships the client had faced in his life, including essentially no income. The client asked a third-party to help with the funding of the settlement. The lawyer negotiated a settlement to pay $6,000 in a lump sum and Midland accepted.  This gentleman saved over $8,500 with this debt settlement and is now living a life free of debt.