Get help with your medical debt from an experienced debt relief attorney! Medical debt is one of the most sensitive forms of debt.  It’s very difficult to focus on regaining your health and peace of mind when you have debt collectors calling you.  If you are facing medical debt, there are options.  While bankruptcy is always a last resort, you do have other options if you are uninsured or under insured.  Many hospitals offer financial assistance, victims of crime programs, and charitable programs.  If you don’t qualify for any of these, the next solution is to negotiate a settlement of your medical bill debt.

Doctors and hospitals, generally more caring and sympathetic to your situation, should be approached first in discussing a debt settlement.  We never recommend that you offer up a credit card to pay off your medical debt.  The interest rate on credit cards can range from 10-18% and up to 29.99% if you default in payment. Get help with your medical bill debt by contacting The Debt Settlement Lawyer for a FREE initial consultation by calling 844-729-4866.  He will work with you to:

To learn about Debt Settlement for Medical Debt, visit our FAQ page

The Jackson family is like many others. During a brief period of unemployment with no healthcare, Mr. Jackson fell victim to a serious ATV accident while in the desert. The nature of his injuries required a life flight helicopter transport to the nearest medical facility over 100 miles away. There, he received treatment for his injuries and made a full recovery. Unfortunately, he now faced medical bills he could not afford to pay. Although he gained employment with a great salary, most of his income went to support his family. Unable to pay the hospital and medical costs, collection letters started piling up with increased frequency and the Jacksons feared they would have to file bankruptcy in order to resolve their debts.

The attorney immediately took over the stress and responsibility of dealing with the medical providers and collection agencies, stopping the collection letters and harassing phone calls. He negotiated down the total medical debt to less than half the amount claimed due on the medical expenses.

The debt settlement attorney worked with the Jacksons to develop a plan that would allow them to accumulate the funds necessary to settle their debt in a 24-month time frame. In the end, the Jacksons only had to pay back a fraction of the medical debt claimed due, including the fee due to the debt relief lawyer. 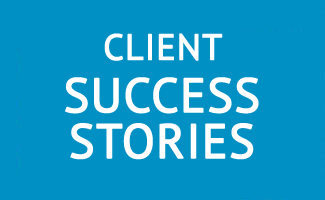 If you’re overwhelmed with medical debt or doctor and hospital bills, contact our firm for a FREE debt consultation to discuss the potential to reduce the amount you owe for medical bills through debt relief services.